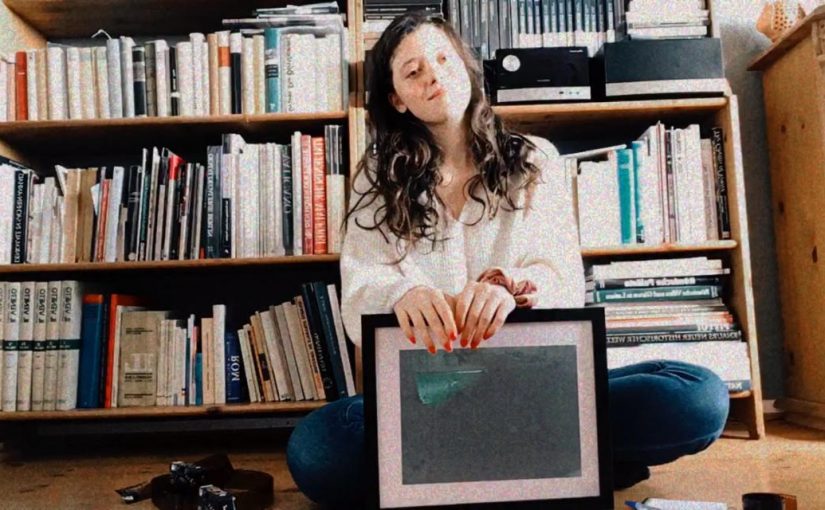 For her exhibition “Blickwinkel”, Sophia Vecchini let people without shelter become artists, as they were allowed to capture their everyday lives with a disposable camera. Sophia Vecchini conceived an exhibition from the resulting material. “It’s a nice feeling to give people the chance to be seen: with their perspectives, their courage and look at the world.” The exhibition can be summed up as unique, human and inspiring. Why? Read the interview and learn more about the special project “Blickwinkel”. If you haven’t read the first “Blickwinkel” interview with Sophia yet, you can find it here.

We conducted our first interview during the planning phase of your project “Blickwinkel”. Now, a few months later, the time has come and “Blickwinkel” is on display in the Wilmersdorfer Arcaden, a shopping mall since 24 March 2021.

Yes, I am very pleased that the exhibition now also has a second venue, namely the Wilmersdorfer Arcaden. Due to the current Corona measures, the exhibition at the Zentrum am Zoo has been postponed indefinitely for the time being. In the Arcaden, the exhibition is presented in a glass box. That’s great, because despite Corona, the shops are open for everyday needs. That’s why the arcades still have more than 10,000 visitors a day. This is, of course, a great opportunity for “Blickwinkel” to be seen (despite current Corona measures). The artworks are also offered for sale at the YourArtBeat Market. This is very important to me as I want the artists to get a financial reward too. Because they have taken the time and reflected things.

In the last interview you said that you wanted the artists to get money. But you also said that there were voices that said: Yes, but if you give money to people without shelter, they will probably spend it on drugs or alcohol.

That people without shelter always spend their money on drugs or alcohol is a prejudice, and in my project I want every artist to be seen as a human being and not as a person without shelter. Because for me, it is essential to emphasise that one should not approach people without shelter with such generalised prejudices. Moreover, for me and Katrin Lück, who is the patron of “Blickwinkel” and the Equal Opportunities Commissioner for the Wilmersdorf-Charlottenburg district, self-determination is very important. Equality means equal rights for all. We don’t tell anyone else how to deal with their money.

How many artists were you ultimately able to recruit for your project?

There are now four artists left. I distributed 14 disposable cameras. From the beginning, 20 pictures were planned for the exhibition. I achieved this goal, but it was planned that there would be one or two pictures per artist. The problem is that, on the one hand, some were not interested in taking part in such a project. Many women were not interested and I could hear a little bit from the social workers on site that women are a bit more ashamed. It is definitely riskier to live as a woman on the street and there are also many more men among the poor people without shelter. In the end, only six of the 14 cameras came back, but I also expected this because people without shelter are not always found in the same places. And if they were not there at the time the cameras were collected – yes, then that’s it. Others didn’t know how to use the cameras and had given up, which is understandable. I could not use the pictures of two of the cameras. But it is clear that disposable cameras simply do not have one hundred per cent performance as a product. I now have four male artists left and of course I am very happy about that. I have also had real contact with two of them. That means we discussed the pictures together. The two of them are simply great people and I sincerely hope that they will get something out of it financially. Both are very grateful to all the institutions that support them. 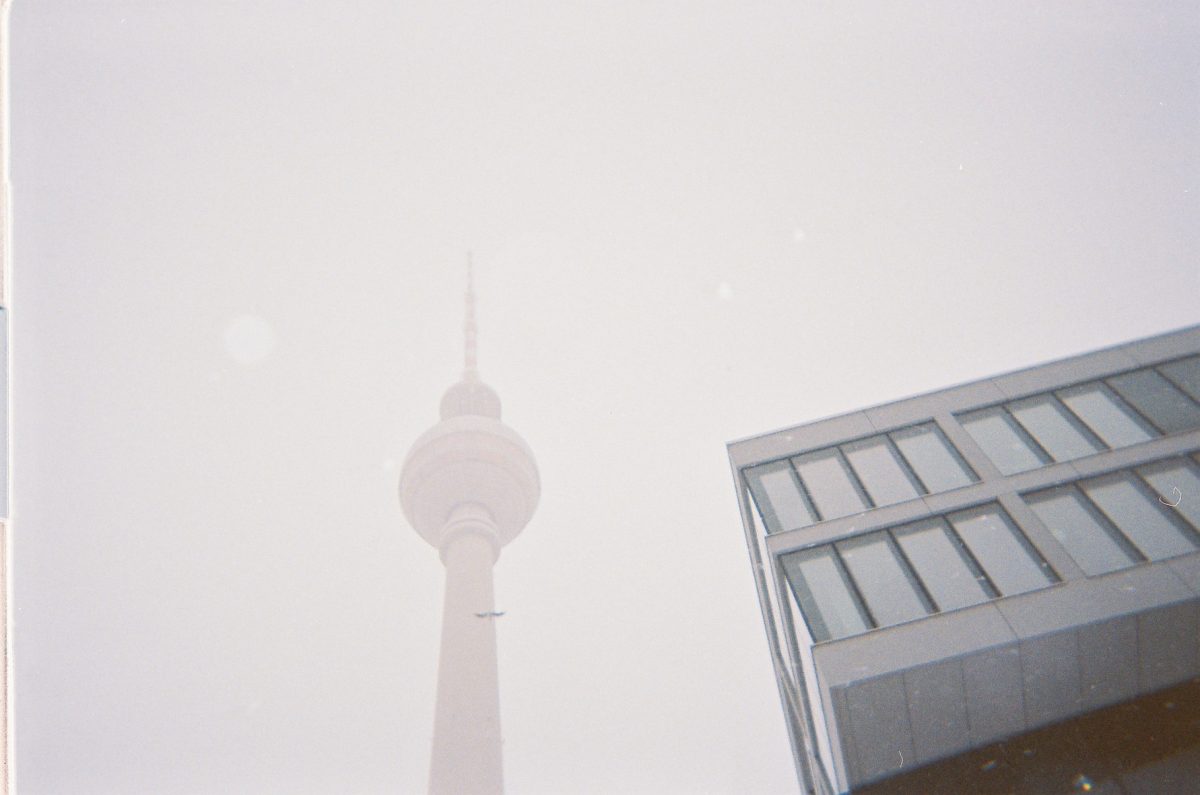 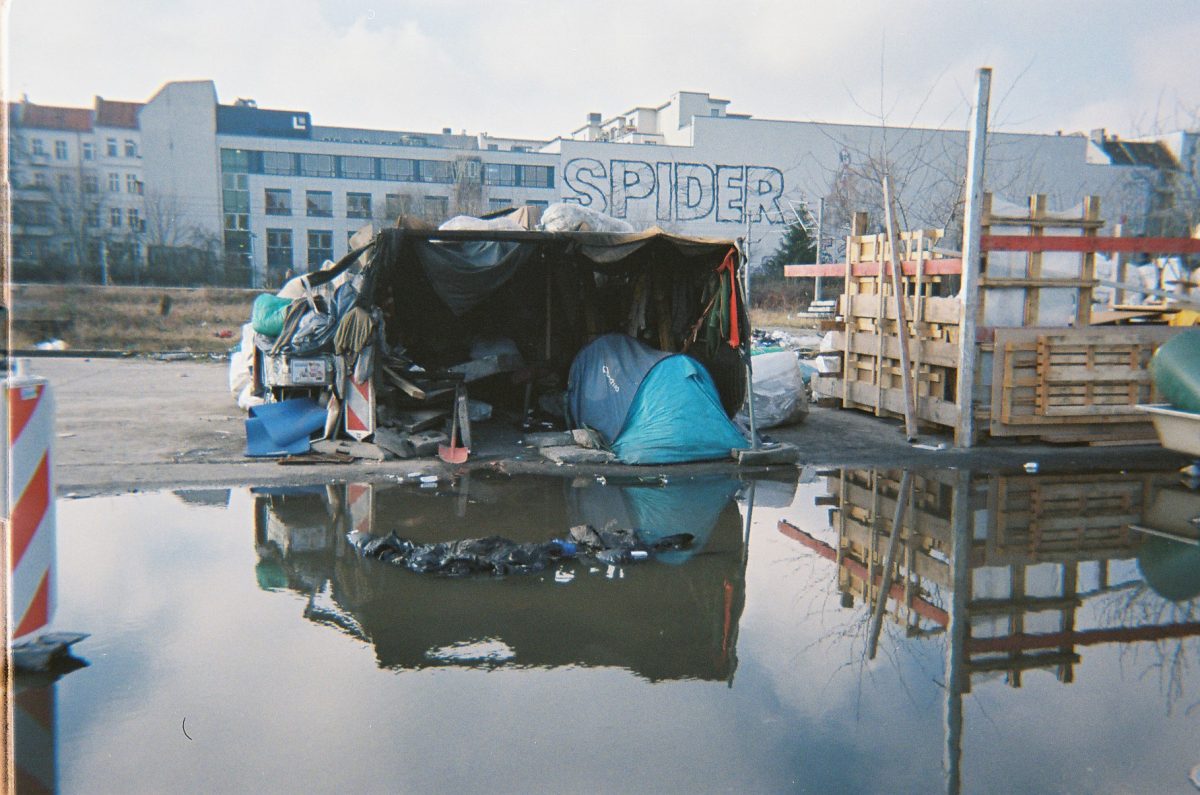 Do you know how old the artists are?

The two I have had contact with are 60 and 62 years old. Of the other two I don’t know more than their names.

If you were to describe your exhibition with three adjectives, what would they be?

Unique. Human. Inspiring. Well, I hope that others feel the same way, but I have been very inspired by this project. At least that had been one of my goals. The aim of “Blickwinkel” is to inspire people to think about certain social issues. Especially about urban poverty and homelessness; to open up a bit more, that homelessness is not just a stigma that is stuck in our heads.

The exhibition “Blickwinkel” can be seen until 30 April 2021 at the Wilmersdorfer Arcaden “WILMA” . Please pay attention to the Corona protection measures in force.

Sophia Vecchini wants to thank: Katrin Lück, Equal Opportunities Commissioner in the Wilmersdorf-Charlottenburg district & patron of Blickwinkel; Petra Schönberger; the management and team of the Bahnhofsmission am Zoo and the ZaZ, as well as all the individual case workers and social workers of the Berliner Stadtmission who have supported me; the sponsors of the tax consultancy Freiberger & Collegen; the YOUR ART BEAT Team! (Editors, Market & Virtual Booth).

The interview was conducted by Carsten Jan Weichelt