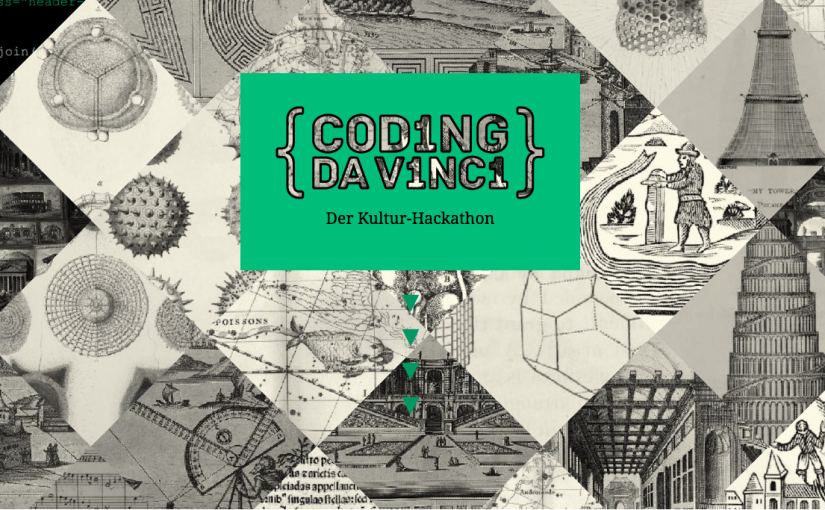 This is a project with tremendous merits. Since 2014 Coding Da Vinci Hackathons bring more or less hidden digital treasures from cultural institutions to life.
Mere Digitization of Cultural Heritage may save representations of physical objects for future generations but stored in computers, displayed on homepages with few visitors, it’s a saving like on a bank account or in a graveyard.
Coding Da Vinci brings people into HACKATHONS to design new approach to the cultural digital Space, to combine data in corresponding projects and themes or to gather additional information from the crowd, shaping the memory of Cultural Heritage.
In the Berlin Hackathon 19 cultural institutions Galleries, Libraries, Archives, Museums (GLAM) opened Databases (Creative Commons Licence) for legal hacking by more than 100 netizens. The project is running for 6 weeks, in a contest with final presentations on December 2nd in the Jewish Museum in Berlin.
To bring these tasks to visual impression, lets start with a snapshot from the database of FHBX museum Kreuzberg. 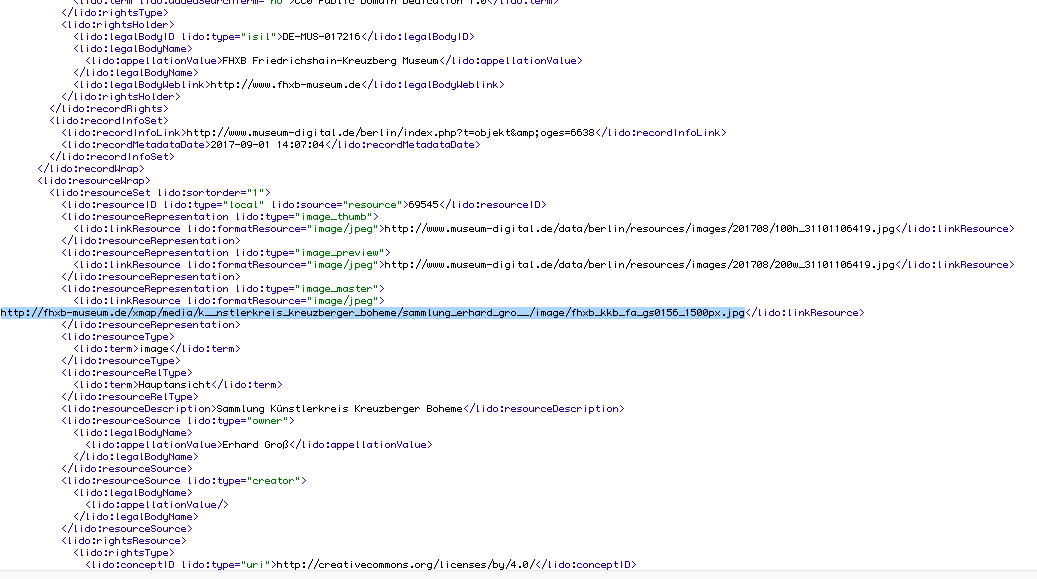 The hyperlink leads to an etching from Erhard Gross, 1990, “Trommler für den Goerlitzer Park”. Goerlitzer Park was the site of a prewar Railway Station now vanished.

Berlin history may lead to a photograph collected in the Wall Museum. The photographer, Wolfgang Schubert, is known but the exact site of the shooting is unknown. Perhaps you can help us find additional information. 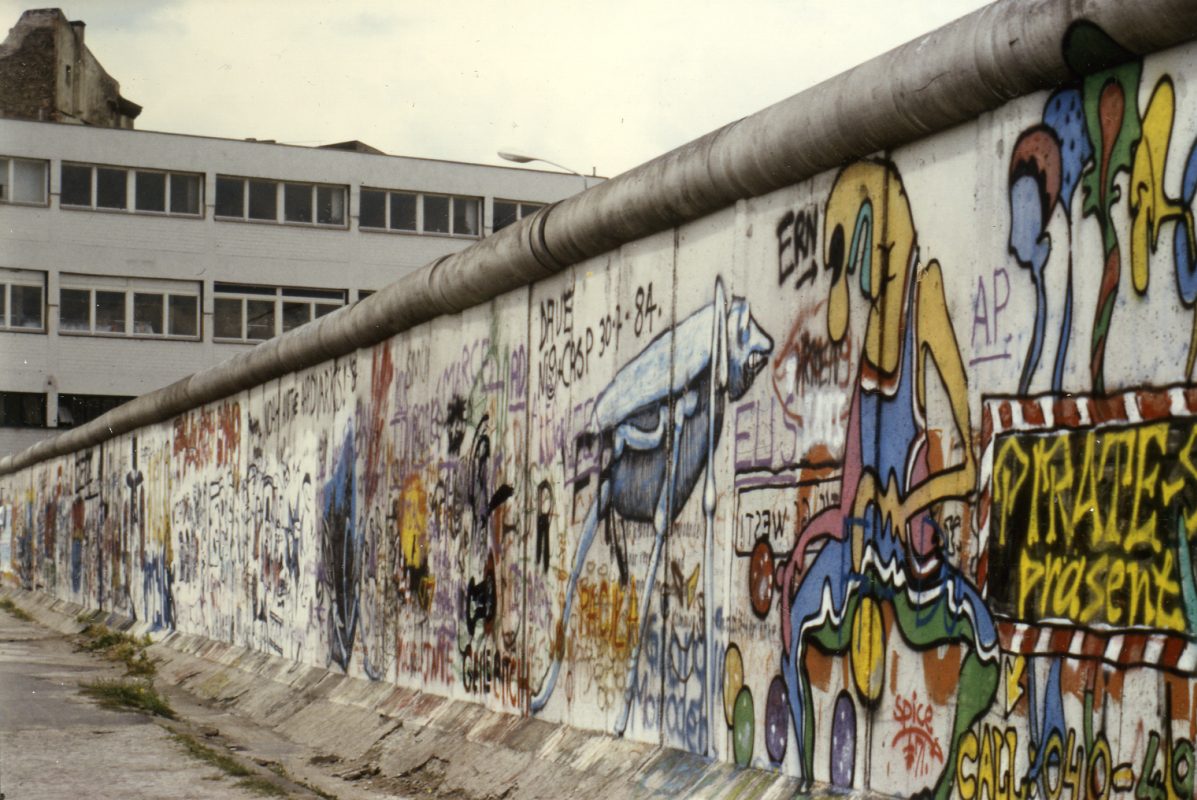 Goerlitzer Park may lead us to think about gentrification in Berlin. A snake of strangling development projects spanning from the Center of Berlin to the southeast of the city.
Thanks to the database of the Museum of Natural History Berlin we get a 3D insight into the skull structures of such predators. 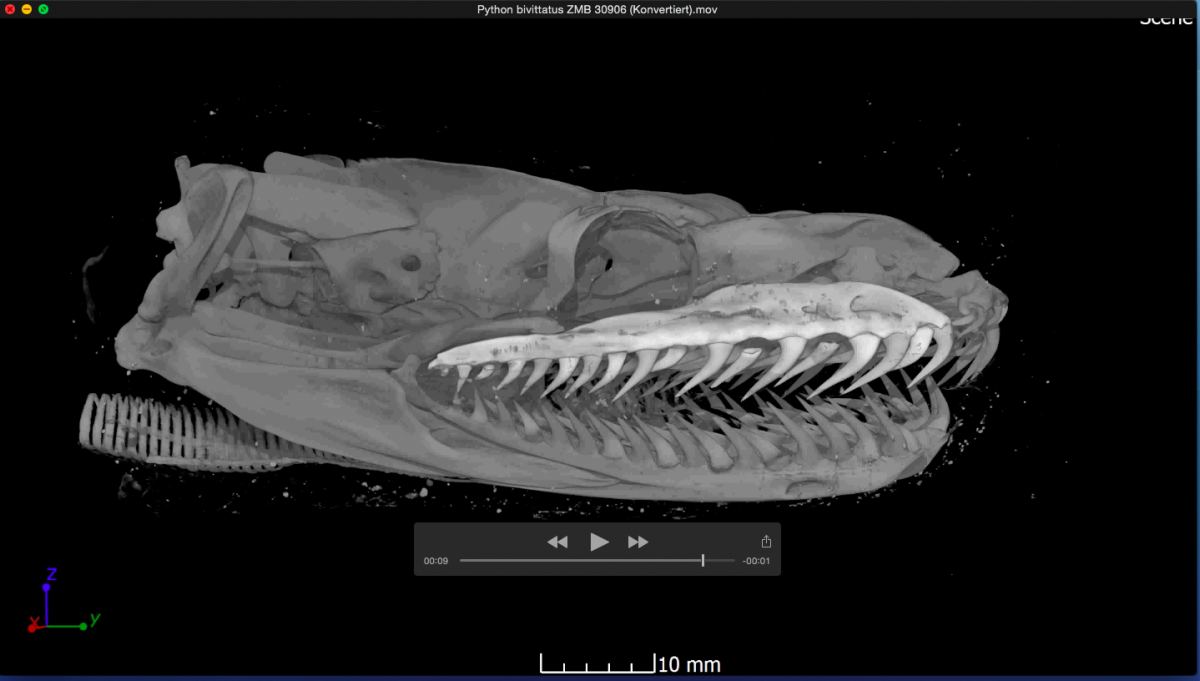